Paris of the Second Empire was a brilliant cosmopolitan capital of fashion and pleasure. If Virginia Oldoini had not been requested to leave Italy for the city of light  by her cousin the Count of Cavour, the beguiling 17 year old, freshly wed  to the Count of Castiglioni, may just have found her way there on her own, lured by the court's splendor and a wider scope of action. Cavour, minister to Victor Emmanuel of Savoy, King of Piedmont, sent her to Paris in 1856 to plead the cause of Italian unity to Napoleon III specifying that she should use any means she liked to be convincing.

By all reports, the Comtesse of Castiglione did use the means she liked best, bestowing the favors of her person, her very favorite person, upon the Emperor - which did nothing to make her best-liked by the court or other aristocratic circles she went round in. She wasn't disliked for political or amorous intriguing, that was a bit of worry, not dislike - but it was her haughtiness and that utter certitude that she was 'the most beautiful creature of her century' that inflamed hearts and left others cold. Yes, most beautiful. Someone had said it and she felt it, so she did something about it. She took herself to the photographer Pierre-Louise Pierson where she posed in her most elaborate gowns. In vast expanses of of taffeta, satin and chiffon, she recorded her proud beauty as her greatest work of art. 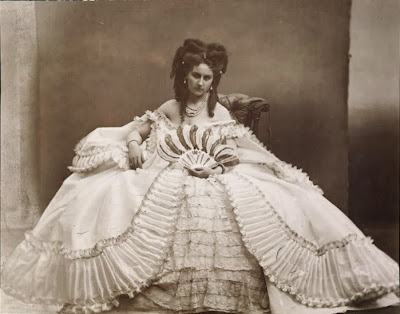 She provided the various costumes and props, styling and interpreting all the women she felt within herself,  a sort of Cindy Sherman, right at the beginnings of photography. She conceived and styled the pictures and gave indications for retouching. She maintained this habit even when it cost her all her personal fortune, even when her beauty had left her. She entitled the above photograph, Vengeance, and sent it to the estranged Count when he threatened to take away their son due to news of her scandalous behavior.


With such pictures in mind,  I was just a bit surprised at the exhibition Folie Textile, when I came upon two paintings representing La Castiglione's bedroom at 10 rue de Castiglione, Paris. (The name is a coincidence that could have only heightened her megalomania, but the street was named for a Napoleonic victory.) The first floor apartment was said to be vast and furnished with elegance.

André Castelot in Napoleon III  describes everything there as
"emmousseliné de rose, jusqu'aux cadres et jusqu'aux pendules embobelinées et enrubannées
covered in pink chiffon, from the frames and on to the clocks all wound up and be-ribboned."

Even in the tout textile world of the Second Empire, this interior was quite a statement.The extravagant countess must have chosen this décor de coquette in a more tender moment. There's more froth than fire here.


And behold, a painted photograph commemorates the Countess in her lair.
The curtains have been given a more elaborate drape.


The countess and her son amid glorious quantities of fabric.
The dress here seems to be the same one as in the first picture to judge from the meandering sequins.

I am satisfied with myself and do not want to exist through others and for others, yet, I am certainly worth more than so and so. But I will admit that I do not seem good because of a frank, proud and free character which make me into someone who is in every way unbending and hard.
So I am hated,  it is all the same to me.
I do not even want to please.

gésbi
Paris, France
"Ah, vous aimez les belles choses ! There it is, that little phrase I've heard before in... 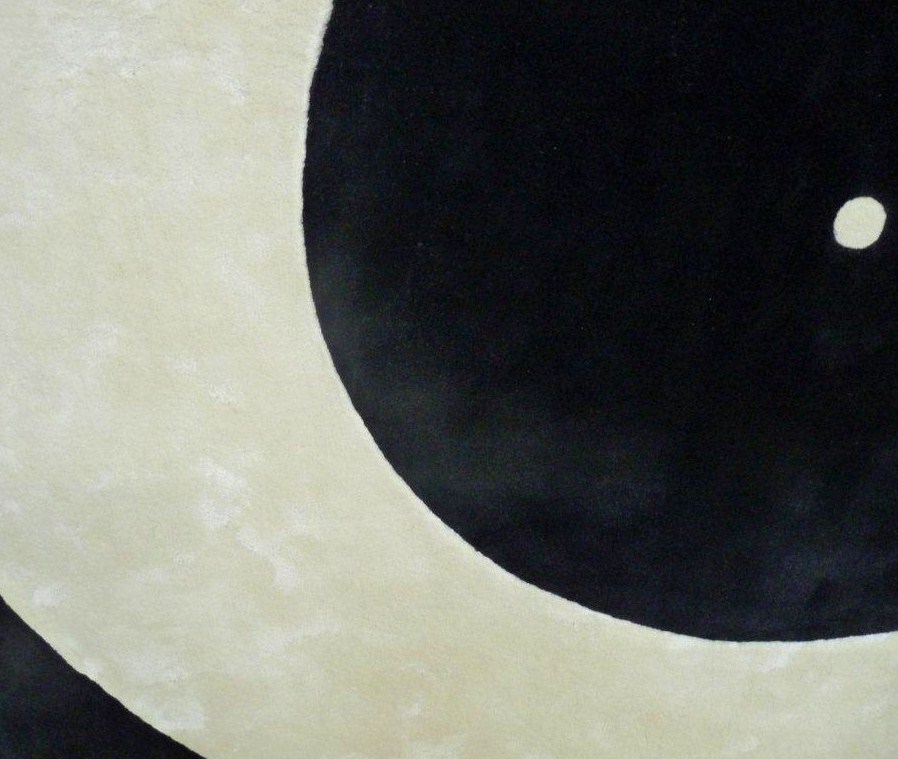 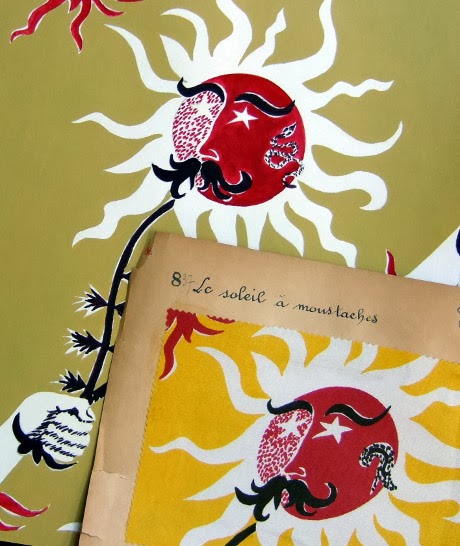 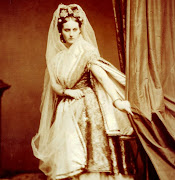 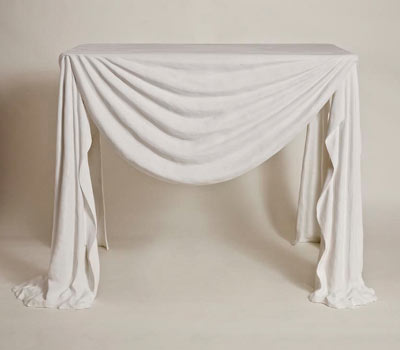 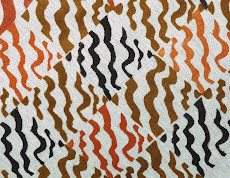 © 2011-present
The original photos and texts from St Tyl are not to be reproduced without without express permission from the author. For other photos, please link back directly to the post so credit for photos will not be lost. Thank you.
St Tyl makes every effort to correctly attribute the images used on this site. If a photo has been incorrectly attributed or if you wish to have your photo removed, please write to le.style.et.la.matiere@
gmail.com